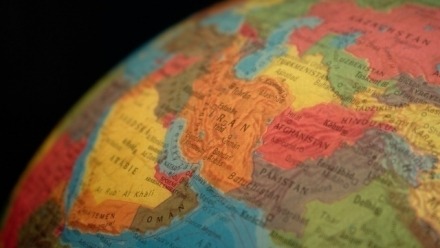 The Contribution of Australian Think Tanks to Public Understanding and National Policy on International Relations: A Middle East Perspective

In his presentation, Ian Dudgeon will discuss the contribution of the AIIA and other Australian think tanks to public understanding and national policy on international relations, particularly in the context of West, Central and South Asia.  Issues will include audiences targeted by think tanks in Australia and overseas, how they interface with those audiences, including presentations, seminars and conferences at both track 1.5 (with government) and track 2 (with other non-government organizations, especially academia), the selection of topics, themes, authors and presenters, and ‘value-add’.  Mr Dudgeon will discuss these issues generally and in the context of his own experience reporting across the region.

Bio: Mr Dudgeon is a former president of the AIIA’s ACT branch (2008-2012), and an AIIA presidential associate since 2012. He is also an active member of other think tanks and institutes, has authored more than 60 publications on the Middle East and other national security issues, and presented publicly on these within Australia and at international conferences and seminars.

As a member of this community, Mr Dudgeon has authored more than 60 publications on the Middle East and other international security issues, and lectured publicly on these at Australian universities and other national and international conferences and seminars.
Mr Dudgeon has a background in both government and the private sector. He served 32 years in government, including 16 years as a member of the senior executive service, in the departments of Foreign Affairs and Trade and Defence. That service included diplomatic postings in Malaysia, Chile, Thailand and Japan. Following early retirement in 1997, Mr Dudgeon established his own consultancy that specialised in international security issues and corporate services, serving both government and private sector clients in Australia and overseas.
Mr Dudgeon has a Bachelor of Economics from Monash University and a graduate diploma from the Australian Institute of Company Directors as well as having attended a residential Advanced Management Program at the Harvard Business School.