» Events » Between the past and the future: Architecture and the making of heritage in developing countries

Between the past and the future: Architecture and the making of heritage in developing countries 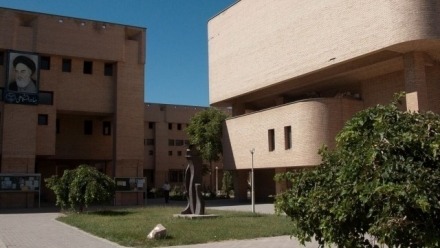 Development is a globalizing project that prompts shifts in historical consciousness. In developmental contexts, those shifts result in the conscious refashioning of the past to create novel and relevant cultural expressions. This selective use of the past in the present constitutes a heritage process. It is perhaps most evident in the built environment wherein architecture is a pervasive and omnipresent cultural form that is experienced at multiple scales. At any given time and within any given society, the design of architecture is the outcome of cultural, economic, and political processes; a tangible illustration of, on the one hand, shifts in historical consciousness and, on the other hand, official or individual efforts to facilitate change. In short development, architecture, and heritage form a nexus.
In this lecture, Ali Mozaffari will draw on insights from his latest book and focus on Iran between the 1970s and early 1990s, to show how architecture became a conduit for the production of heritage at large in a modernizing Muslim society, and how it has been entangled with development and intellectual debates before and after the Islamic Revolution.
Ali Mozaffari is an Australian Research Council Fellow (DECRA) and Senior Research Fellow with the Alfred Deakin Institute, Deakin University. He is interested in the politics of heritage as well as the built environment in West Asia and is the founding co-editor of Berghahn’s series Explorations in Heritage Studies. His publications include Development, Architecture, and the Formation of Heritage in Late Twentieth-Century Iran: a vital past (co-authored with N. Westbrook, Manchester University Press 2020), Heritage Movements in Asia: Cultural Heritage Activism, Politics, and Identity (co-edited with T. Jones, Berghahn 2020). In addition to academic journals, his analyses have been published in Radio Farda and New Eastern Europe. For more information visit: https://heritageinwestasia.com/

This Majlis will be chaired by Dr Alam Saleh who was appointed to CAIS in 2020 as a Lecturer in Politics and International Relations (Iran and The Middle East). Dr Saleh received his BA, MA and PhD from the School of Politics and International Studies at the University of Leeds. Dr Saleh is a Fellow of the Higher Education Academy, and he has previously taught undergraduate and graduate courses on International Relations, Security Studies and Middle East Politics at Lancaster, Durham, Leeds and Bradford Universities.

This event will be entirely on Zoom - https://anu.zoom.us/j/81387331530?pwd=ZTBXVzhMaUdvUHRZSEFZNmpYUUJHQT09