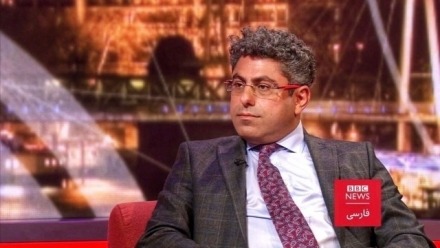 CAIS Director, A/Professor Karima Laachir, is pleased to announce the appointment of Dr Alam Saleh to the ANU Centre for Arab & Islamic Studies.

Dr Saleh has been appointed to the position of Lecturer in Iranian Studies at CAIS commencing in July 2020 . He received his PhD, MA and BA from the School of Politics and International Studies at the University of Leeds. Saleh is Fellow of Higher Education Academy and he has previously taught undergraduate and graduate courses on International Relations, Security Studies and Middle East Politics at Lancaster, Durham, Leeds, and Bradford Universities. Saleh’s book entitled, Ethnic Identity and the State in Iran was published by Palgrave Macmillan. Dr Saleh has published his works in a number of well-ranked internationally peer-reviewed journals such as the Middle East Journal, British Journal of Middle Eastern Studies, Iranian Studies, and National Identities.  His research interests include international relations of the Middle East, Sectarianism in the Middle East, Iran’s politics, identity and security, Ethnic/religious conflict and Societal Security, and International Relations and Security Studies. Dr Saleh is a council member of the British Society for Middle Eastern Studies (BRISMES) and Reviews Editor of the British Journal of Middle Eastern Studies. Dr Saleh has been engaged with policy practitioners and external professional bodies such as UK Ministry of Defence, NGOs and Think Tanks.

By way of introduction Dr Saleh has generously agreed to take part in  a ANU Learning Communities Online Webinar. The topic is Iran: Coronavirus, Internal Security and State Legitimacy (AMA). The webinar will be on zoom on Thursday, 16 April 2020 from 19:00-19:45.

Further instructions on the webinar will be added to CAIS events page.