» Students » Study with us » Persian Program 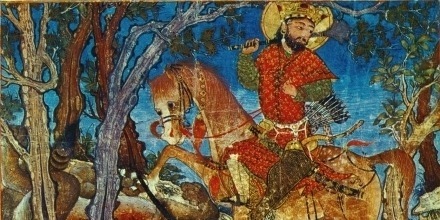 Farsi/Persian is the most widely spoken member of the Iranian branch of the indo-European languages. It is the mother tongue of more than 150 million people around the globe. It is spoken primarily in Iran, a country which plays a crucial political role in the Middle East and the Persian Gulf region. Persian is also spoken in Afghanistan, Tajikistan and in many regions of Central Asia. Historically, it was widely understood from the Mediterranean to India, and has a rich historical and cultural legacy.

Many distinguished works by such poets as Ferdowsi (Shahname), Omar Khayyam (Roba’aiyyat), Sa’adi (Golistan), Rumi (Mathnavi) and Hafiz (Ghazaliyyat) have been created in Persian. Even great European poets and literary writers such as Victor Hugo, Voltaire, Alphonse de Lamartine, Maeterlinck, Goethe and F. Scott Fitzgerald were influenced by Persian Literature in their works.

Persian language is considered the language of love, poetry and the path to understanding aspects of the great spiritual heritage of mankind. Additionally, it is easy to learn and fun to speak and write.

Where can I study Persian?

Persian courses can be undertaken as single courses, or as a major within the Bachelor of Middle Eastern & Central Asian Studies, Diploma of Languages, Bachelor of Arts course or combined BA degree options.

The language courses will develop skills and knowledge of Persian reading, writing and speaking skills. They will deal with Persian literature, both prose and verse, including the three areas of Persian verse: the epic, the lyric and the dramatic, and consider poetic structure such as rhythm, rhyme and rank.  At the advanced language level, you will read selected texts from Persian prose and poetry.