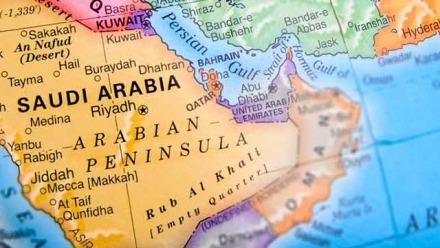 Muhammad bin Salman Al-Saud and Muhammad bin Zayed Al-Nahyan, the respective princely strongmen of Saudi Arabia and the UAE, have torn up the old rules. They have spurred game-changing economic master plans, presided over vast anti-corruption crackdowns, tackled entrenched religious forces, and overseen the mass arrest of critics. In parallel, they also appear to have replaced the old 'sheikhly' consensus systems of their predecessors with something more autocratic, more personalistic, and perhaps even analytically distinct. These are the two wealthiest and most populous Gulf monarchies, and increasingly important global actors--Saudi Arabia is a G20 member, and the UAE the current World Expo host. Such sweeping changes to their statecraft and authority structures could well end up having a direct impact, for better or worse, on policies, economies and individual lives all around the world. Christopher M. Davidson tests the hypothesis that Saudi Arabia and the UAE are now effectively contemporary or even 'advanced' sultanates, and situates these influential states within an international model of autocratic authoritarianism. Drawing on a range of primary sources, including new interviews and surveys, he puts forward an original, empirically grounded interpretation of the rise of both MBS and MBZ.

Christopher M. Davidson is a former reader in Middle East politics at Durham University in the United Kingdom, and a former assistant professor at Zayed University in the United Arab Emirates. His books on the comparative politics of the Gulf states include The United Arab Emirates: A Study in Survival; Dubai: The Vulnerability of Success; Abu Dhabi: Oil and Beyond; and After the Sheikhs. Most recently, he is the author of From Sheikhs to Sultanism: Statecraft and Authority in Saudi Arabia and the UAE (London: Hurst, 2021 / New York: OUP, 2021).