Governance, Security, and Asymmetrical Warfare in Central Asia and the Middle East 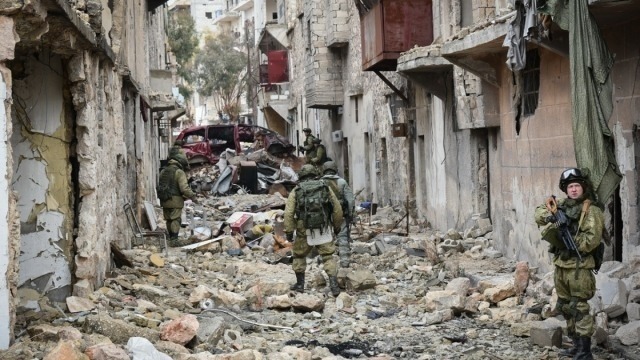 The Middle East and Central Asia have seen dramatic changes to the established order of governance within the region in the 21st century. The Arab Spring which represented a fundamental challenge to the prevailing order was largely quashed with many speculating a return to the authoritarian status quo. A prominent consequence of the Arab awakening is new conflicts between central governments and non-state actors. Post-Arab Spring Syria, Iraq, Libya and Yemen have all succumbed to conflicts and competing interests that have departed from the original aims of the Arab awakening. The evolving challenges to prevailing order is also a common theme for the Central Asian states, Afghanistan, Turkey and Iran. In Central Asia, we have witnessed insurgency and violence in Kyrgyzstan, Tajikistan, and Uzbekistan challenging governments and their legitimacy. These have been exacerbated by inter-state tensions, competition for power and geopolitical interference from external players.

Some of these conflicts have eroded the legitimacy of central governments given their brutal responses as well as their breach of the social contract. Alternatively, some non-state actors have assumed the responsibility of the states in providing strategies of survival for the people. This turmoil has brought unprecedented change to the region affecting social, political, military and gender spheres. Moreover, unconventional asymmetrical warfare is being developed to legitimize and solidify the establishment of these new structures. In Central Asia, the ongoing trajectories of post-Soviet transition within states and society have recently been complicated by an emerging new wave of violent radicalisation and extremism. Indigenous Islamic militant groups in Central Asia have forged ties with militant groups in Syria and Afghanistan. This has fuelled speculation on the consequences of their return to Central Asia, in particular to Uzbekistan and Kyrgyzstan. These new realities represent a significant departure from the long-held expectations about the evolutionary vector of the Middle East and Central Asia based on democratisation and decolonisation.

This conference seeks to bring together recent and cutting edge scholarship on the new realities emerging in the Middle East and Central Asia. It will prize interdisciplinarity in studying the interconnectedness of the emerging social, political, economic, and cultural structures. Moreover, it will discuss how international actors, including Australia, engage with these new trends. The fundamental aim of the conference is to seek practical knowledge and understanding of key issues in the Middle East and Central Asia in order to evaluate regional policies, military strategies, security concerns, gender roles and patterns of governance.

In addition to the conference, there will be a workshop and seminar to discuss theoretical and practical approaches to studying the Middle East chaired by the keynote speakers as well as additional experts.

Funding
The Conference organisers expect to offer a limited amount of funding for some presenters, consistent where possible with ANU benchmarks. Funding will be offered on a case by case basis to those presenting papers, and is at the discretion of the organisers. Funding will only be considered for all abstracts and papers submitted in a timely manner by Doctoral candidates.

For queries regarding the Conference, please contact us. Please note that abstracts submissions are only accepted via the following link: https://goo.gl/forms/U1C1C2mzqtwebdGV2

More information about the conference will become available on this page, so please check back periodically.

The 2019 CAIS 4th Biennial Early Career and Postgraduate Conference is primarily concerned with the area encompassing the Arab World, Central Asian states, Iran, Turkey, and Afghanistan. Other regions including the Caucasus, Pakistan, and Sub-Saharan Africa countries, are also included for their contemporary and historical interaction with the Middle East and Central Asia regions. The Conference is designed to accommodate a wide range of topics but will focus on issues pertaining to governance, security and asymmetrical warfare. In addition, the conference seeks to discuss how Australia can engage with these regions and evaluate Australia’s regional policies and security concerns.

Conference workshops to be held on 20 November 2019

Emmanuel Karagiannis works as an Associate Professor in King’s College London’s Department of Defence Studies. He was educated as a political scientist at the Universities of Pennsylvania (Post-doc), Hull (PhD), Reading (MA), and London South Bank (BA). Moreover, he held research positions in prestigious US and British universities (Yale University, Columbia University, Princeton University, London School of Economics, US Military Academy at West Point). During 2006-2011, he worked as an Investigator at the University of Maryland’s National Consortium for the Study of Terrorism and Responses to Terrorism. Since September 2013, he has been appointed by the Organisation for Security and Co-operation in Europe to act as an Expert in Countering Violent Extremism and Radicalization that Lead to Terrorism. In this capacity, he has been involved in several projects and educational initiatives in Central Asia.

Dr Karagiannis has published extensively on political Islam in the Middle East and the former Soviet Union. His latest book, titled The New Political Islam: Human Rights, Democracy and Justice, has been released by the University of Pennsylvania Press. He is also the author of Political Islam in Central Asia: The Challenge of Hizb ut-Tahrir (London: Routledge, 2010). His articles have appeared, among others, in Journal of North African Studies, Studies in Conflict and Terrorism, Terrorism and Political Violence,Journal of Southeast European and Black Sea Studies, Middle East Quarterly, Small Wars and Insurgencies, Contemporary Security Policy, Asian Security, European Security, Dynamics of Asymmetric Conflict, Mediterranean Politics, Mediterranean Quarterly, Harvard Asia Quarterly, Europe-Asia Studies, Nationalities Papers, Central Asian Survey, Nationalism and Ethnic Politics, and Journal of Balkans and Near Eastern Studies.
Dr Karagiannis has been interviewed and quoted by media outlets around the world, such as The Financial Times, The Wall Street Journal, Newsweek, BBC Radio, and Al Jazeera.  Moreover, he has been an active member of professional associations and academic networks in the UK and North America. Additionally, Dr Karagiannis has conducted fieldwork in Lebanon, Kazakhstan, Kyrgyzstan, Uzbekistan, Tajikistan, Azerbaijan, Indonesia, and the Palestinian Territories (West Bank). Currently, he is on sabbatical at Oxford University’s Middle East Centre.

Inge Amundsen is a political scientist and senior researcher at the Chr. Michelsen Institute (CMI) in Norway. Dr Amundsen is focussing on democratic institutionalisation, political economy, political corruption, parliaments, political parties, and natural resources (petroleum resources management and revenue management). He has authored extensively on several regions including Sub-Saharan Africa,  South Asia, and the Middle East. His research has been published in Party Politics, Comparative Politics, and Forum for Development Studies. Amundsen made his PhD in comparative African studies at the University of Tromsoe in 1997. He was Research Director at CMI from 2000-2003, Director of the U4 Anti-Corruption Resource Centre from 2002-2006, and he has coordinated three CMI institutional cooperation programmes. CMI is an independent development research institute addressing issues that shape global developments and generate knowledge that can be used to fight poverty, advance human rights, and promote sustainable social development. Amundsen is the editor of the forthcoming book Extraction and Power Preservation: Political Corruption in Sub-Saharan Africa (Edward Elgar Publishers).

Richard Iron received his education from the King’s School, Canterbury and the University of Cambridge. He served in the British Army for 37 years including tours in North Ireland, the Sultanate of Oman, the Falkland Islands, the Balkans and Iraq. During his service in the Middle East, Mr Iron directed a UK/US planning team in Kuwait for the 2003 invasion of Iraq and was responsible for the British Army’s analysis of the Iraq War. Additionally, he served as the Chief Mentor for Iraqi commanders in southern Iraq and played a fundamental role in planning and implementing the 2008 operation, 'Charge of the Knights', in Basra.

Following this experience, Mr Iron assumed the position of Defence Fellow at the University of Oxford where he worked for the UK’s Chief of Defence Staff on developing the UK MOD’s capacity in strategic thinking. Mr Iron left the British Army in 2012 but remains active in the region and has conducted a security operation for the remaining US presence in Iraq. He was engaged in a consultancy where he wrote and delivered the 'End of Course strategic exercises' for Royal College of Defence Studies and the Omani National Defence College. He was Chief Operating Officer of Equilibrium-Global, an international strategic consultancy based in London. This included projects which involved advising the Kingdom of Bahrain on how to survive in the post-hydrocarbon age and working with the King of Jordan to roll back radical Islam in the Horn of Africa.

Mr Iron moved to Melbourne in early 2016 where he writes and lectures on doctrine, military history and counter-insurgency. His current research focuses on radical Islam in the Middle East and warfare in Africa.

summary text to be displayed in the image gallery section...